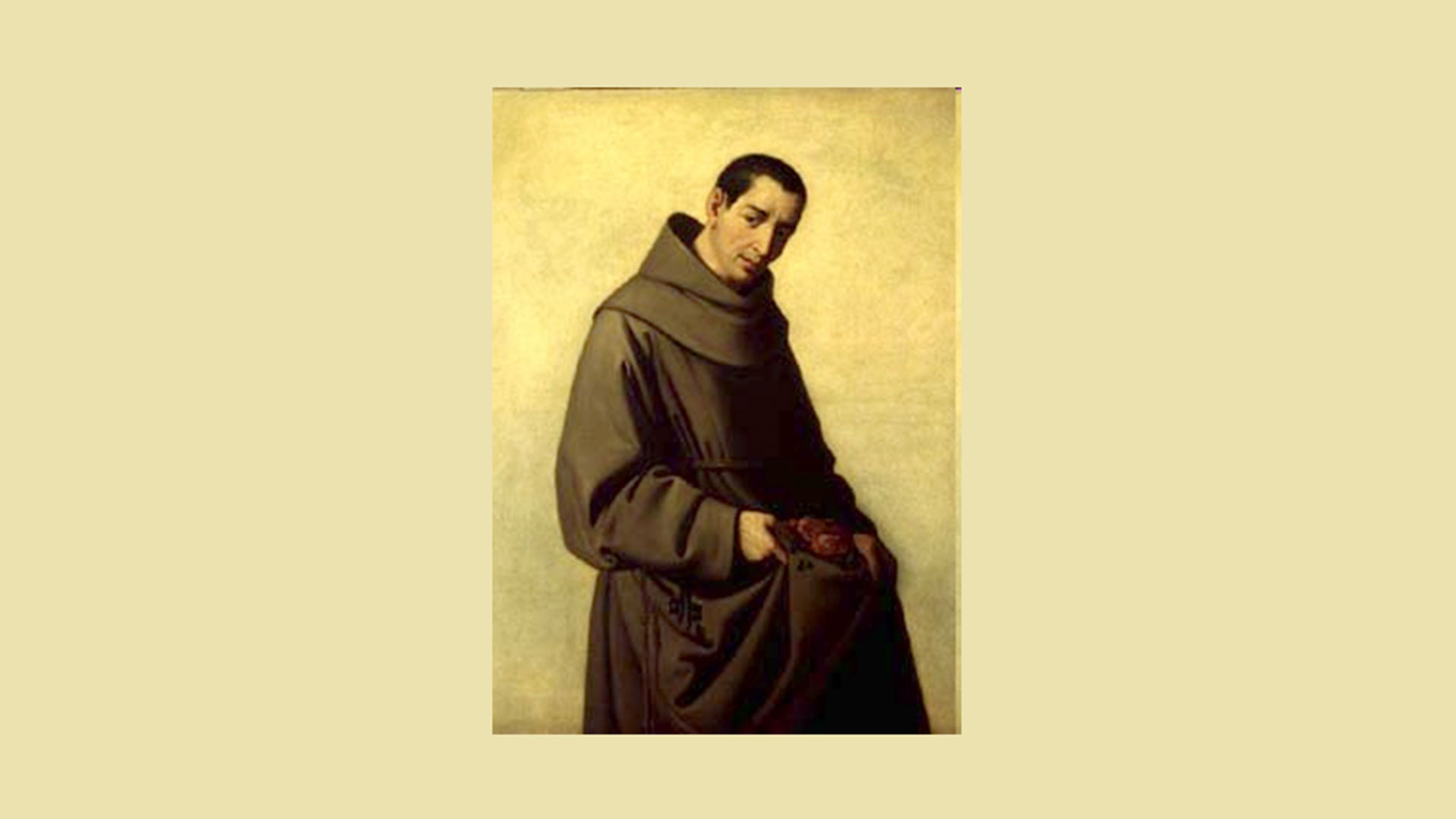 San Diego de Alcalá de Henares (St. Didacus) was born about 1400 at San Nicolas in Andalusia, of poor and God-fearing parents. He entered the Third Order of St. Francis when he had scarcely reached young manhood, and under the direction of a devout Tertiary priest, he served God for a long time as a hermit. Consumed with the desire for still greater perfection, he later entered the Franciscan convent at Arizafa in Castile, and was there admitted to solemn vows as a lay brother.His rapid progress in virtue made him a model to all his companions. His soul was continually occupied with God in prayer and meditation. From this source, he gathered such supernatural insight concerning God and the mysteries of Faith that learned theologians listened with astonishment to the inspiring conversations of this uneducated lay brother.Since Brother Diego manifested great zeal for souls and willingness for sacrifice, his superiors sent him with other brethren to the Canary Islands, which at that time were still inhabited by wild infidels. Diego was eager for martyrdom, and in this spirit bore with dauntless patience the many hardships that came his way. Both by word and example, he helped in converting many infidels. In 1445, he was appointed guardian of the chief friary on the islands at Fortaventura.Recalled to Spain, he went to Rome in 1450 at the command of the Observant Vicar General, St. John Capistran, to attend the great jubilee and the canonization ceremonies of St. Bernardine of Siena. On this occasion, an epidemic broke out among the many friars assembled in the large convent of Aracoeli. Diego attended the sick with great charity and trust in God. And God did not fail him. Despite the lack of supplies in the city at the time, Diego always had ample provisions for his patients. He miraculously restored many of them to health by merely making the Sign of the Cross over them. Leaving Rome, he returned to Spain, where, as in the former days, he was a source of great edification to the friars of every convent in which he lived.

When he felt that the end of his life was drawing near, he asked for an old and worn-out habit, so that he might die in it as a true son of the poor St. Francis. He died on November 12, 1463, at the Franciscan monastery in Alcalá, pressing a crucifix to his heart and repeating the words of the Good Friday chant: “Dulce lignum, dulce ferrum, dulce pondus sustinet” (Precious the wood, precious the nails, precious the weight they bear.)

Months passed before it was possible to bury Brother Diego, so great was the number of people who came to venerate his remains. Not only did his body remain incorrupt, but it diffused a pleasant odor. After it was laid to rest in the Franciscan church at Alcalá de Henares, astounding miracles continued to occur at his tomb. Pope Sixtus V, himself a Franciscan, canonized Brother Diego in 1588.

San Diego is the special heavenly patron of the Franciscan friars who are brothers. According to the liturgical calendar, his feast day is celebrated on November 13.