A Lenten Evening Of Reflection

You and your parishioners are invited to enjoy a complimentary presentation on: LITURGICAL SPIRITUALITY: HOW THE EUCHARIST SCHOOLS US FOR BELIEF AND ACTION presented by Rev. Michael Driscoll, Professor Emeritus of Theology, University of Notre Dame. The presentation will be held at the Pastoral Center, on March 5th, 7pm.

Rev. Michael S. Driscoll is a priest of the Roman Catholic Diocese of Helena in Montana. Ordained in 1977, he has spent the majority of his years in priesthood teaching — first at Carroll College, the diocesan college in Helena from 1981-1994, and then at the University of Notre Dame since 1994 to the present. He attained emeritus status in 2017 but continues to teach each fall semester. He pursued his graduate studies, first in Rome at the Gregorian University, then at Sant Anselmo, and his doctorates at the University of Paris-Sorbonne and the Institut Catholique. His specialization is in the area of sacramental theology and liturgy. He is the founding director of the graduate program in Sacred Music (MSM) and the Interdisciplinary Minor in Liturgical Music Ministry at Notre Dame since 2005. He is an active member of several professional groups having served in the leadership of each: North American Academy of Liturgy (NAAL), the Societas Liturgica, and the Catholic Academy of Liturgy (CAL). He has published two books: Alcuin et la pénitence à l’époque carolingienne, LQF 81 (Münster: Aschendorff Verlag, 1999), and The Order of Mass: A Roman Missal Study Edition and Workbook, co-authored with J. Michael Joncas (Chicago: Liturgical Training Publications, 2011), as well as numerous articles in journals such as Worship, Ecclesia Orans and Traditio. Fr. Driscoll’s writings on the liturgy have brought him into the area of social justice as the lived experience of faith flowing from the Eucharist, as seen in Sacraments and Justice (Liturgical Press, 2014). He is very interested in making the connection between liturgy and life, between the Eucharist and ethics. Currently he is working on a book about liturgical aesthetics. He has spoken frequently at the Los Angeles Religious Education Congress, the Southwest Liturgical Conference, and National Pastoral Musicians Conference. He regularly goes out to give Hesburgh Lectures sponsored by the Notre Dame Alumni Association. 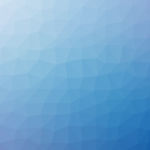 Ecumenical and Interreligious AffairsLiturgy and Spirituality 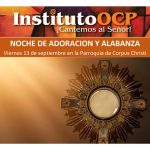 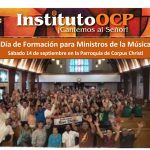 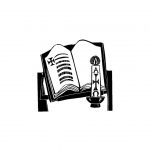