To Emmaus and Back: Liturgy And Catechesis

Please bring your copy of the RCIA ritual text. Continental breakfast and lunch is included.

Patricia Hughes, DMIN is the director of the office of worship for the Diocese of Dallas. She previously directed the worship office for the Diocese of Grand Rapids (Michigan), and served as director of worship for the Cathedral of the Assumption (Louisville, Kentucky). She serves on the boards of the Southwest Liturgical Conference (FDLC Region 10), Sacred Liturgy Ministries (Portland, OR), and Mayslake Ministries (Chicago).

Michael Ruzicki is the training and events manager at Liturgy Training Publications and is the author of Guide for Training Initiation Ministers: An Introduction to the RCIA (LTP, 2018) and serves as the director of music at Notre Dame de Chicago Parish. Michael was also a team member of the North American Forum on the Catechumenate. Michael is a graduate of The Catholic University of America and the Washington Theological Union.

The disciples who met Jesus on the road to Emmaus recognized him in the breaking of bread, but they needed to be catechized first. With their hearts and eyes opened by Scripture and careful teaching, they could see the Risen Lord. Then they joyfully raced back to Jerusalem to share the good news. Those involved in initiation ministry walk that same Paschal journey with catechumens and candidates year after year. Participants will be challenged and invigorated to consider the many ways in which “catechesis both precedes the liturgy and springs from it” (National Directory for Catechesis, 33).

Sessions include: To Emmaus and Back: Liturgy and Catechesis • Catechesis Accommodated to the Liturgical Year: What Does This Look Like? • Celebration of the Word of God with Dismissal Session • Preparing RCIA Dismissal Sessions • Who’s Coming to Us? Sorting Fish • Formation for Baptized Candidates

Sessions include: The Four Aspects of Catechumenal Formation • Training Exercise: Preparing Catechesis In and For Your Community • Liturgical Catechesis in the RCIA: Forming Catechumens, Candidates, and the Assembly • Discernment in the Conversion Journey: A Practical Approach

The same workshop will be presented in Spanish at the same time and location. 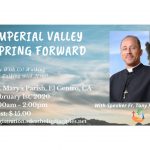 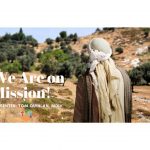 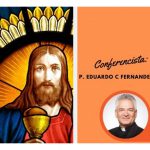 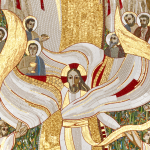